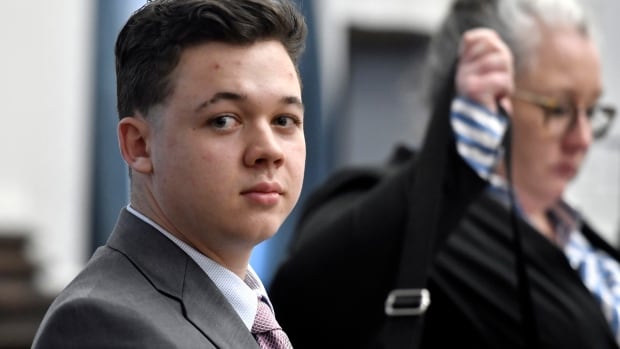 A man who suffered a severe arm injury when he was shot by Kyle Rittenhouse during a night of protests against racial injustice is expected to testify this week as prosecutors near the end of their case in Rittenhouse’s murder trial.

Gaige Grosskreutz, 27, who had a gun in his hand as he stepped toward Rittenhouse, was shot in the arm moments after Rittenhouse fatally shot two others in the streets of Kenosha, Wis. Testimony during the first week of Rittenhouse’s trial showed bystanders came to Grosskreutz’s aid and placed a tourniquet on his arm before loading him into a vehicle that rushed him to a hospital.

Rittenhouse, 18, is charged with shooting Grosskreutz and fatally shooting Joseph Rosenbaum and Anthony Huber on Aug. 25, 2020. The one-time police youth cadet from Antioch, Ill., was 17 when he went to Kenosha with an AR-style rifle and a medical kit in what he said was an effort to safeguard property from the demonstrations that broke out over the shooting of Jacob Blake, a Black man, by a white Kenosha police officer.

Rittenhouse is white, as are the three men he shot, but the case has raised polarizing questions about racial justice, policing, firearms and white privilege.

In the first week of Rittenhouse’s trial, prosecutors played numerous videos that showed the events of that night from different angles. Jurors heard testimony from people who were with Rittenhouse, as well as from police officers and loved ones of the men who died.

Jason Lackowski, a former Marine who was on the streets of Kenosha carrying his own rifle, testified Friday about Rosenbaum, the first man Rittenhouse shot. Lackowski said Rosenbaum was acting “belligerently” but did not appear to pose a serious threat.

Lackowski said he considered Rosenbaum a “babbling idiot,” and turned his back and ignored him. He acknowledged that he didn’t see everything that went on between Rittenhouse and Rosenbaum, including their final clash.

Other witnesses testified last week that a “hyperaggressive” Rosenbaum angrily threatened to kill Rittenhouse that night and that Rosenbaum was gunned down after he chased Rittenhouse and lunged for the his rifle.

Prosecutors have portrayed Rittenhouse as the instigator of the bloodshed as well as an inexperienced teen who misrepresented his age and medical training to others that night. Rittenhouse’s lawyer has argued that he acted in self-defence, suggesting among other things that Rittenhouse feared his weapon would be taken and used against him.

The prosecution suffered a potential blow when Rosenbaum’s fiancée, Kariann Swart, disclosed that he was on medication for bipolar disorder and depression but hadn’t filled his prescriptions because the local pharmacy was boarded up due to the unrest — information Rittenhouse’s lawyers could use in their bid to portray Rosenbaum as the aggressor.

On the day he was killed, Rosenbaum, 36, had been released from a Milwaukee hospital. The jury was told that much, but not why he had been admitted — after a suicide attempt.

Rosenbaum’s killing has emerged as one of the most crucial moments that night because it set in motion the bloodshed that followed moments later.

Rittenhouse could get life in prison if convicted. The case has stirred furious debate over self-defence, vigilantism, the right to bear arms and the racial unrest that erupted around the U.S. after the killing of George Floyd in Minneapolis and similar cases.

Two jurors wI fere also dismissed last week. One man was dismissed for potential bias after he told a joke about the Blake shooting to a court security officer, and a woman who is pregnant was dismissed after she said she was experiencing some discomfort. Eighteen jurors remain, and 12 will ultimately be picked to deliberate.

Disney Plus is upgrading Marvel movies to IMAX aspect ratio