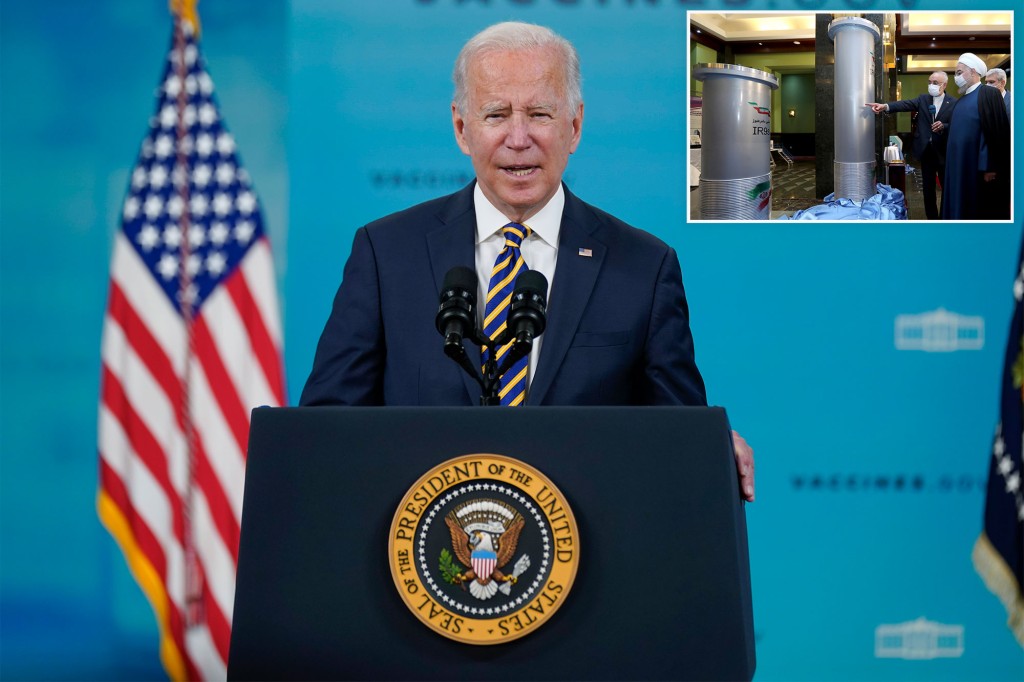 Team Biden finally acknowledges it needs a Plan B for Iran

President Joe Biden’s top people are finally starting to face reality on one front, as they admit Iran is unlikely to return to the nuclear agreement, despite their months of pleading.

Tehran, in fact, has made a mockery of the administration as it strung along a team desperate to make a deal, heading off Western action as it bought time to move ever closer to a nuclear weapon. Biden needs to drop his failed “diplomacy first” strategy and immediately up all possible pressure — even looking at what military action may be useful or necessary to keep the murderous mullahs from getting the bomb.

Robert Malley, Biden’s special representative for Iran, reluctantly admitted Wednesday that “we have to prepare for a world” where “Iran doesn’t have constraints on its nuclear program.” Tehran has shown no interest in renewing the Vienna talks aimed at resurrecting the 2015 accord President Donald Trump ended, even after, Malley whined, the Bidenites said, “We are prepared to remove all of the sanctions that were imposed by the Trump administration that were inconsistent with the deal.”

In other words, Team Biden got played and just now realizes it.

So desperate has Biden been to restore the deal, he lifted some sanctions on the oil-rich country’s energy industry and other sectors before Iran even agreed to direct talks. In return, the Islamic Republic upped its uranium-enrichment levels from 3.67 percent to more than 60 percent, built more advanced centrifuges and started work to produce uranium metal — which has no peaceful use — even as it blocked the International Atomic Energy Agency from agreed-upon monitoring. It likely has enough weapons-grade uranium for a bomb.

Israeli Defense Minister Benny Gantz urged Western countries counting on diplomacy to develop a Plan B two months ago. Team Biden is only now taking his advice, after first trying to talk China into cutting purchases of Iranian oil to give America more leverage; China, of course, said shove it.

After meeting Wednesday with Israeli and Emerati diplomats, Secretary of State Antony Blinken said his team will finally examine “other options if Iran doesn’t change course.”

If. Blinken remains loath to admit failure, even as he confessed, “Time is running short.”

Wake up: Iran isn’t going to change course. Trump’s maximum-pressure campaign brought the regime to its weakest point since its start in the 1979 revolution. Reviving that is a minimum, and harsher action should follow unless and until Tehran truly bends.

At Blinken’s side, Yair Lapid, Israel’s top diplomat, put it right: “There are moments when nations must use force to protect the world from evil.”