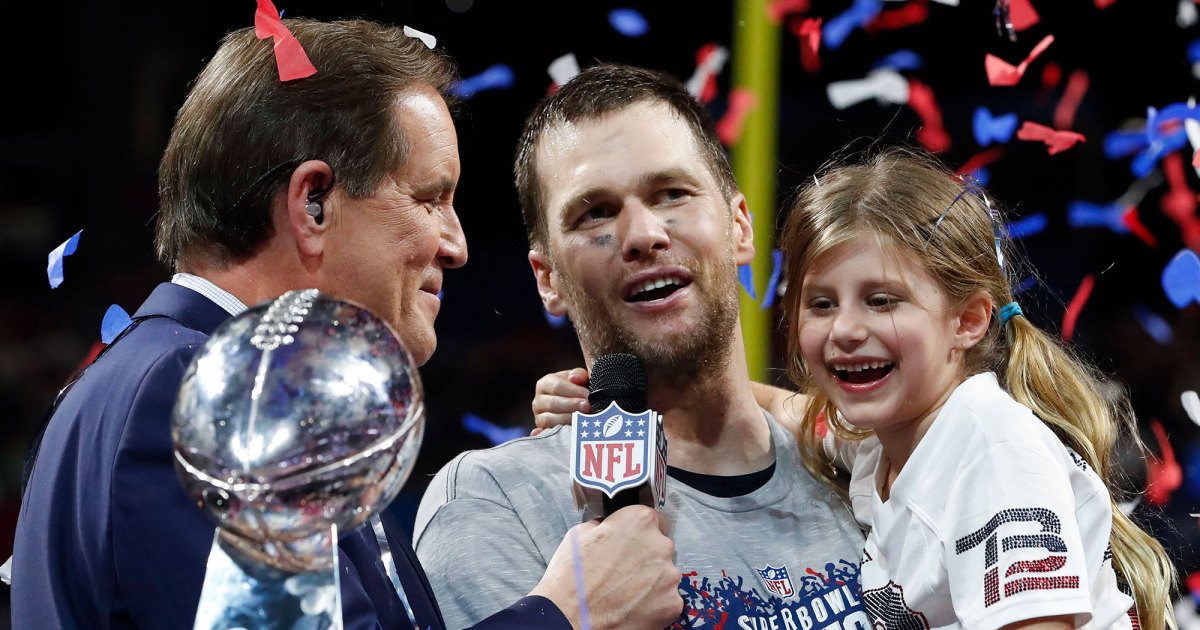 Tom Brady’s kids have his back! The professional football player’s three children have sweetly supported him throughout his career.

The athlete began his NFL journey with the New England Patriots as the Massachusetts team’s quarterback from 2001 to 2019. The California native became a free agent in March 2020 and joined the Tampa Bay Buccaneers.

By the time Brady transitioned to the Florida team, he was the father of three. The TB12 Method author shares son Jack, born in 2007, with his ex Bridget Moynahan. The Sex and the City alum found out about her pregnancy after their split. Brady went on to marry Gisele Bündchen in 2009, and the couple are the parents of son Benjamin and daughter Vivian, born in 2009 and 2012, respectively.

“What a ride the last decade has been,” the Brazilian model gushed via Instagram when her husband transitioned to the Bucs. “Boston has been so good to us and will always be in our hearts. We will forever have wonderful memories. Our kids were born and raised there, and we have made special friendships to last a lifetime. I’ll miss our friends, the beautiful change of seasons and the rides to the stadium to go cheer for Tom and the Pats. Thank you to everyone who has been so supportive of my husband and our family throughout all these years. We will miss you.”

Moynahan, for her part, celebrated Brady’s Super Bowl win in February 2021. “I am pretty sure I am not the only one from #patriotsnation celebrating @buccaneers. #strong #soproud,” the Blue Bloods star told tweeted at the time. “Congratulations @Buccaneers.”

The actress’ son joined his siblings on the field to celebrate Brady’s success, hugging and kissing the seven-time winner. “It’ll be nice to celebrate with them,” he said while accepting his MVP honor at the time.

Of all his children, Brady believes that his eldest will follow in his athletic footsteps since Jack “loves sports.”

The University of Michigan grad told Men’s Health in August 2019: “He wants to try hard, and he never wants to disappoint his dad. That was me. I’d wake up early on the weekends to do stuff with my dad. That’s why I didn’t party a lot. If Dad wanted to golf, I wanted to be there with him. And if I ever missed those things, it would crush me.”

Keep scrolling to see Jack, Benjamin and Vivian ringing in their dad’s wins over the years.