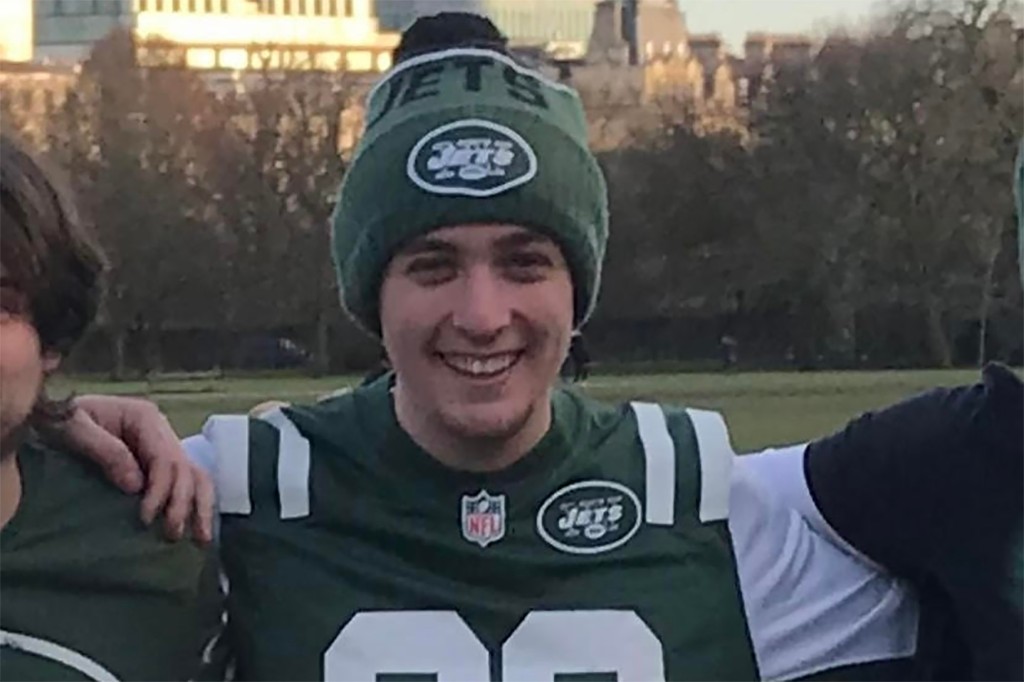 He is 22 years old and “J-E-T-S, Jets, Jets, Jets!” sounds every bit as sweet to him in London and in his Ireland home base as it does to anyone in East Rutherford or anywhere else across the pond.

His name is Sebastian Randazzo, and he is the founder in 2014 of the “UK and Ireland Jets Fans” group, which is eagerly awaiting the arrival of its favorite team in the days leading up to Jets-Falcons on Sunday at Tottenham Hotspur Stadium. Randazzo will be flying from Ireland to London on Saturday.

“I became a Jets fan after my grandmother visited New York when I was a child and brought me back a Jets football,” Randazzo wrote via email. “I felt an attachment to the team following that, and the rest is history.”

He estimates there are 7,000 followers, predominantly male and ages 18-30, across various social media platforms. All of the group’s social media handles are: @UKNYJets.

He has been a Jets fan for the past decade, which qualifies him to wax unpoetic about what it has been like to be one of the many long-suffering Jets fans across the globe.

“Tough, but I wouldn’t have it any other way,” Randazzo wrote. “The good times will come, and these recent lows will only make it better. It is quite funny as we are often asked why we stick with the Jets considering we are in the UK or Ireland. There is a very famous quote here from soccer legend Eric Cantona: ‘You can change your wife, your politics, your religion, but never, never can you change your favorite football team.’ ”

His group, however many of them will be at the game, is determined to try to make it sound like MetLife Stadium as much as possible.

“It’s our aim to make it feel like a Jets home game,” Randazzo wrote.

That would mean “J-E-T-S, Jets, Jets, Jets!” erupting from the stands.

Like so many Jets fans here, Randazzo is gaga over Zach Wilson.

“Very exciting!” he wrote. “I will admit that I was not convinced by moving on from [Sam] Darnold, but it is hard not to get excited by Wilson, and he has definitely won me over despite his early struggles. Hopefully, this time, we have got the right guy.”

“I liked Darnold—- he was a humble guy and clearly had talent. I feel he was let down by the franchise from GM to HC and I wish him all the success in Carolina (as long as that doesn’t come at the expense of the Jets). [Adam] Gase on the other hand, I famously said when the news was released that he was interviewing with the Jets that it was simply due diligence. … How wrong was I?! He was the wrong choice from Day 1 and should never be seen near a professional football field ever again.”

“How can you not love Coach?” he wrote. “The energy he brings is infectious! It definitely feels like there is a new culture surrounding the Jets, and I believe this stems from Saleh — it is also really encouraging seeing him give the young guns a shot. Hopefully he can prove himself as a good HC.”

Randazzo reached out to fellow group member Kingsley Newman, who seconded that emotion, who echoed praise for Saleh.

“Gase was awful, should not of been hired in the first place, considering the other talent that was available,” Newman wrote him via email. “I feel for Sam, but I don’t think he got a good crack of the whip as a starting QB with the Jets. a poor O-Line shunted his progress and ended up him getting traded to make room for Wilson.”

Saleh is the anti-Gase. “His energy is infectious, and it’s great to have a coach with a bit of charisma and passion!” Newman wrote.

“Very excited about him as a player, his pro-day was exceptional, but my concern is that our offensive line is going to stunt his progression in this league, and potentially end up like Darnold,” Newman wrote.

Newman, 30, has been a long-suffering Jets fan for 12 years.

“It’s been a fairly depressing few seasons, the fact [Adam] Gase got brought back and lasted the entire 2nd season was misery,” Newman wrote. “I was more excited to lose when “Tank for [Trevor]” Lawrence was a thing, but very happy to of picked up Wilson instead and picking up 2 wins along the way last year. Hopefully the suffering is no more!”

“Absolute BEAST,” he wrote. “Not only is he an incredibly dominant player who is only getting better and better, he is a bit of an inspiration to people like myself. Like Quinnen, I lost my mother to cancer as a teenager and seeing his resilience and success is definitely inspiring.”

Former Jets center Nick Mangold is a longtime favorite. “Great former player and also great person,” Randazzo wrote. “He has always shown us fans in the UK love and he is also a Tottenham Hotspur fan like myself…”

Randazzo attended the Jets’ 27-14 victory over the Dolphins at a packed Wembley Stadium in 2015.

“It was an unreal experience as my first jets game in person,” he wrote. “Also, always great to see us beating the Fins.”

He watches his team through Sky Sports broadcast or NFL Game Pass.

“The late nights can be a struggle with some finishes at around 4 a.m. but proud to say I have never missed a game since becoming a fan,” Randazzo said.

They didn’t get to meet Woody Johnson while he served as Ambassador to the United Kingdom under the previous U.S. president.

“Unfortunately not. We did ask him if he’d like to invite us for a cup of tea, but I think the invitation must have been lost in the post,” Randazzo wrote.

Newman also was at Jets-Dolphins game at Wembley.

“Some great memories and photos that I took of the players as they were doing warm-ups,” he wrote. “I found out when they were arriving into London and went up to the airport for autographs — unfortunately their plane arrived early so I missed them. But b“Been a long 6 years and very excited to see them back in the UK.” 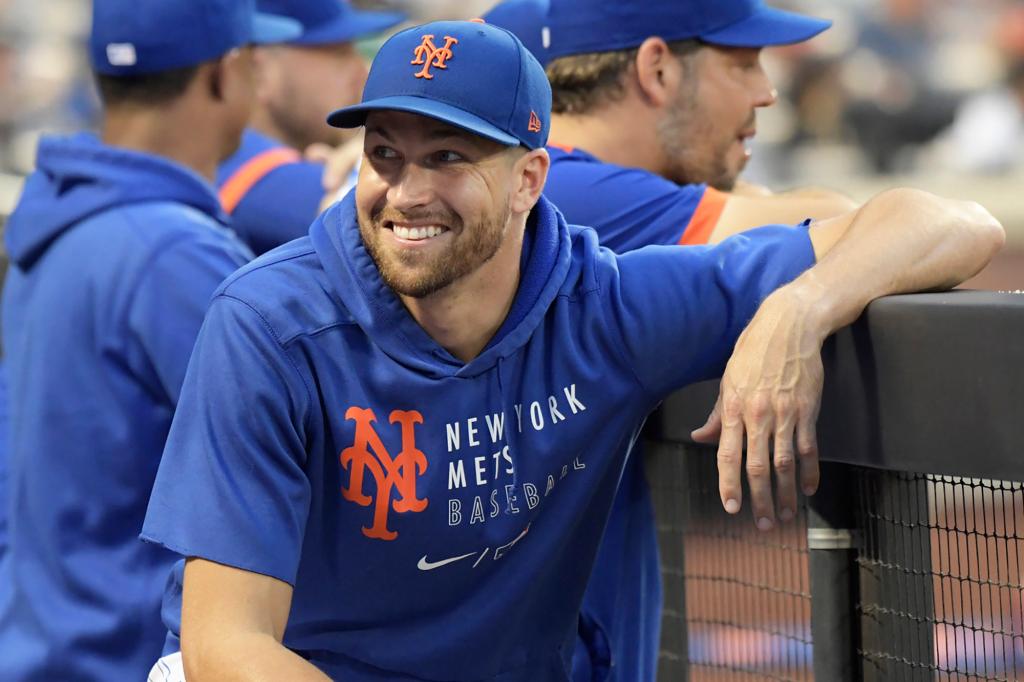 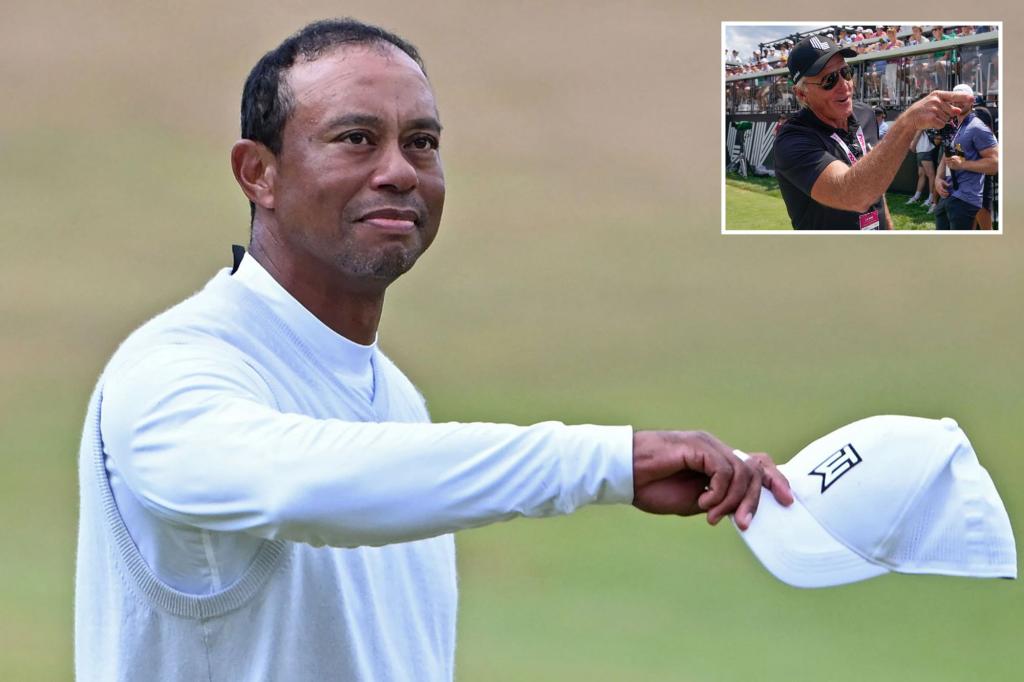 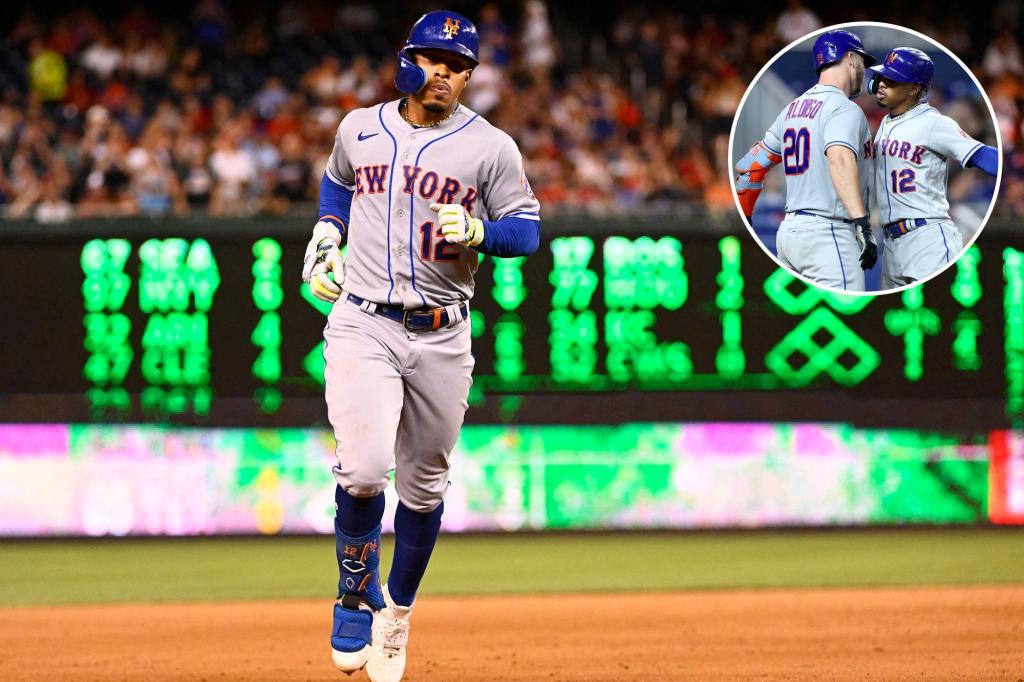 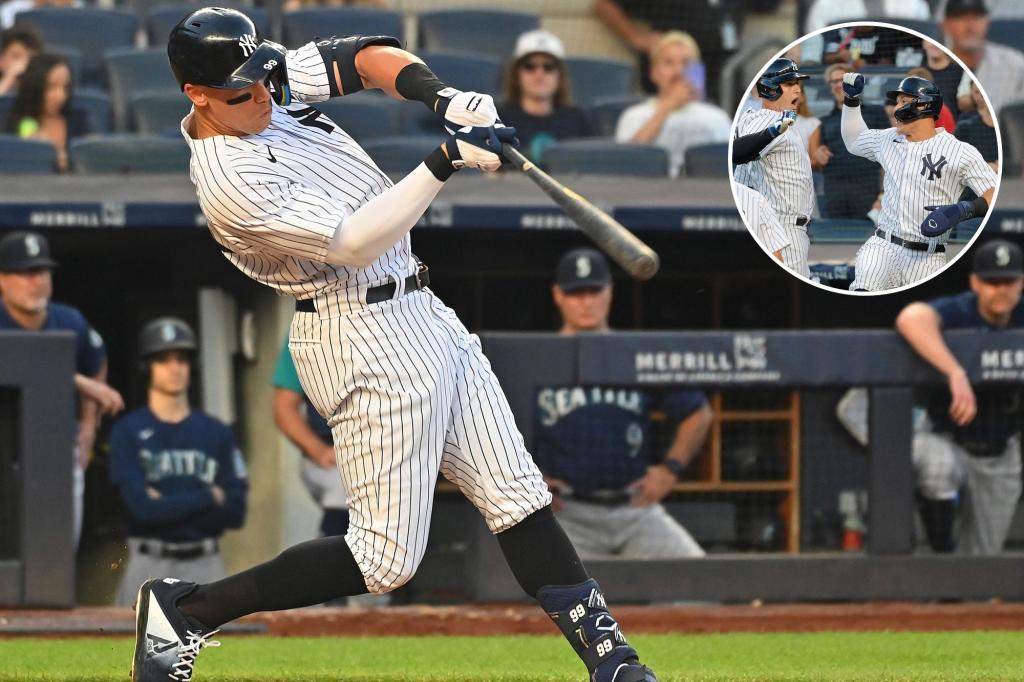 Yankees blast four home runs as they cruise past Mariners 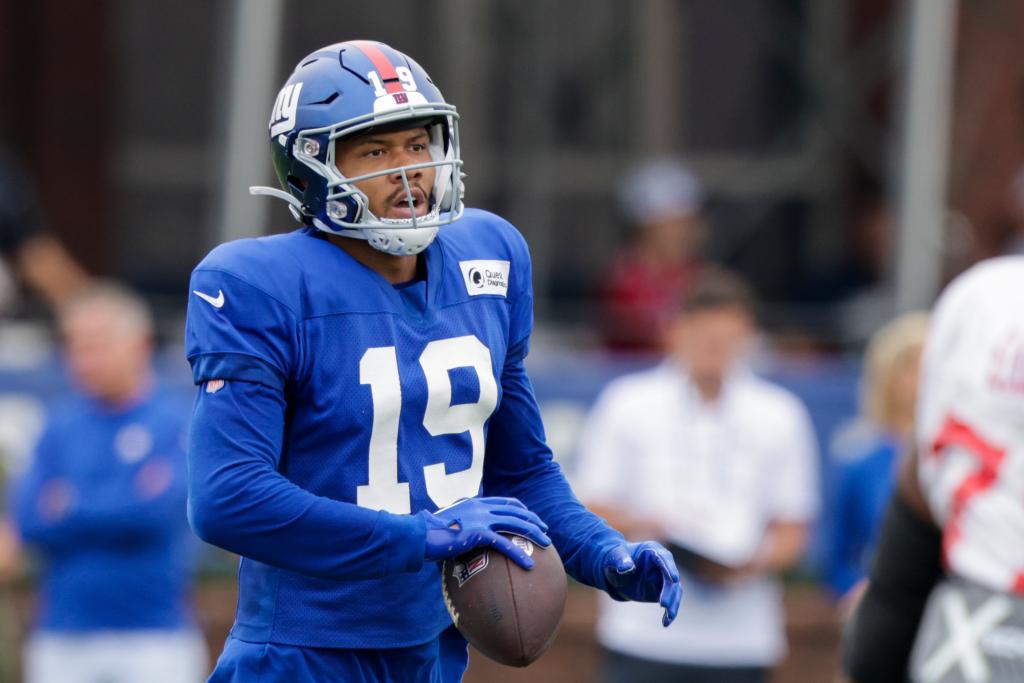 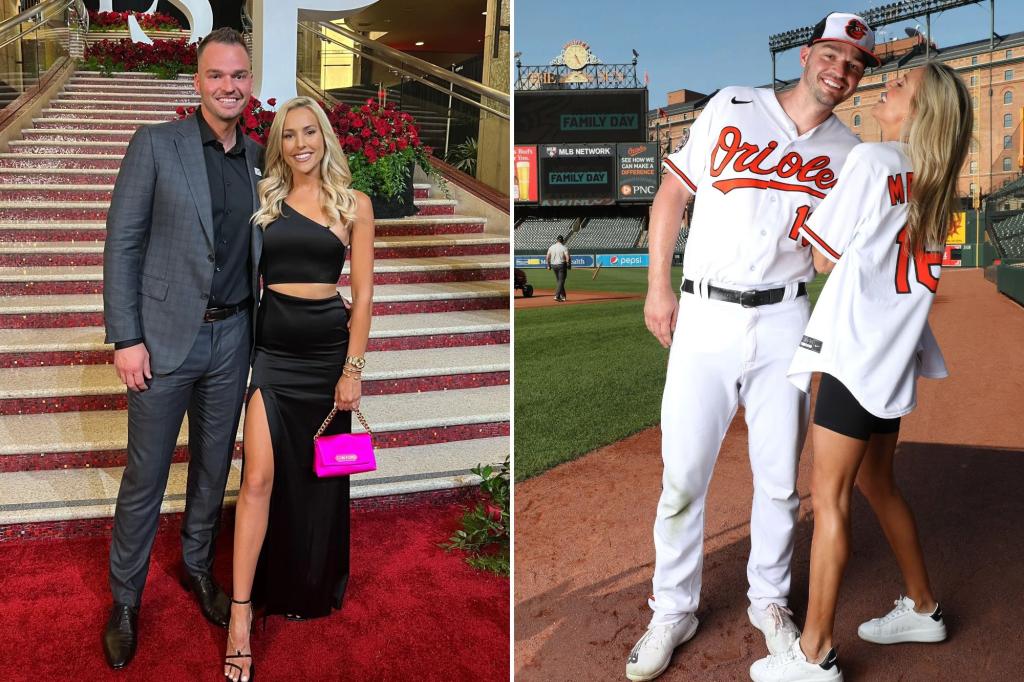 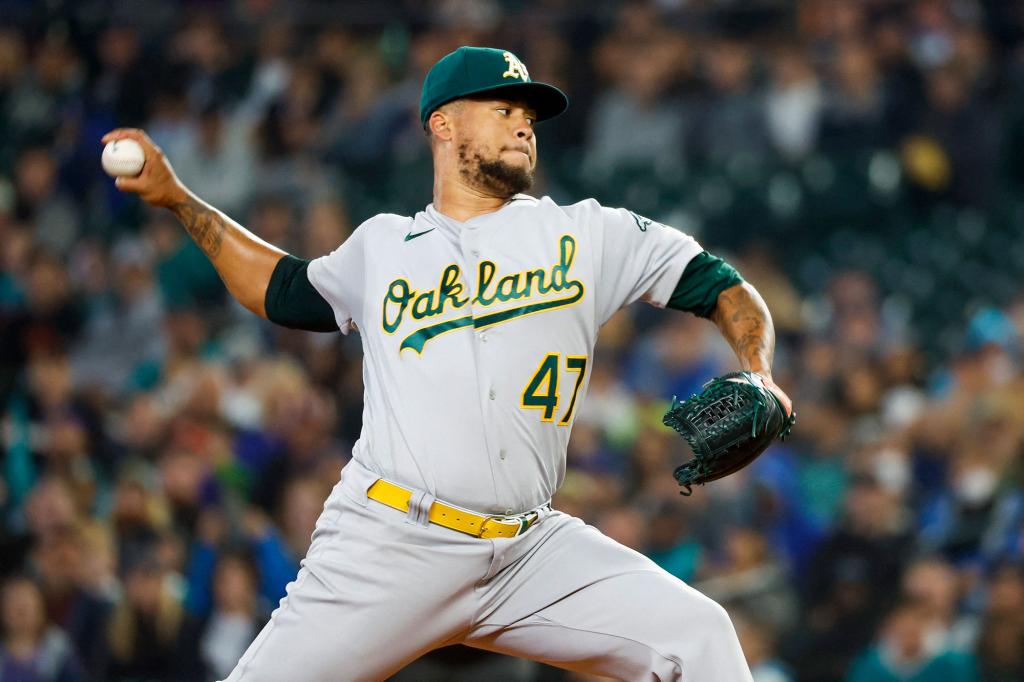 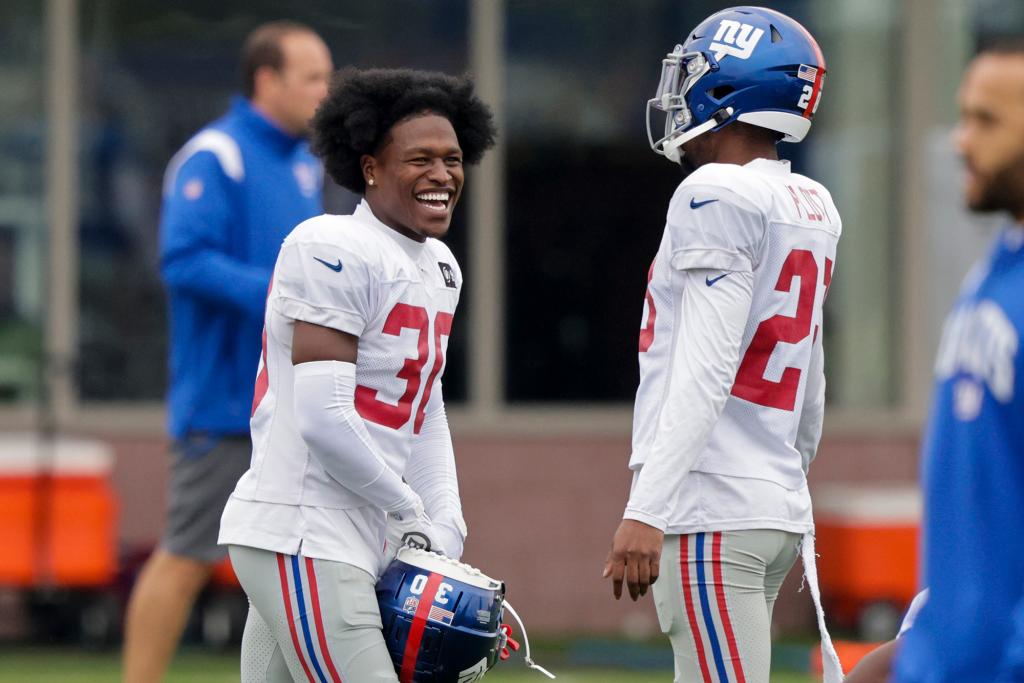