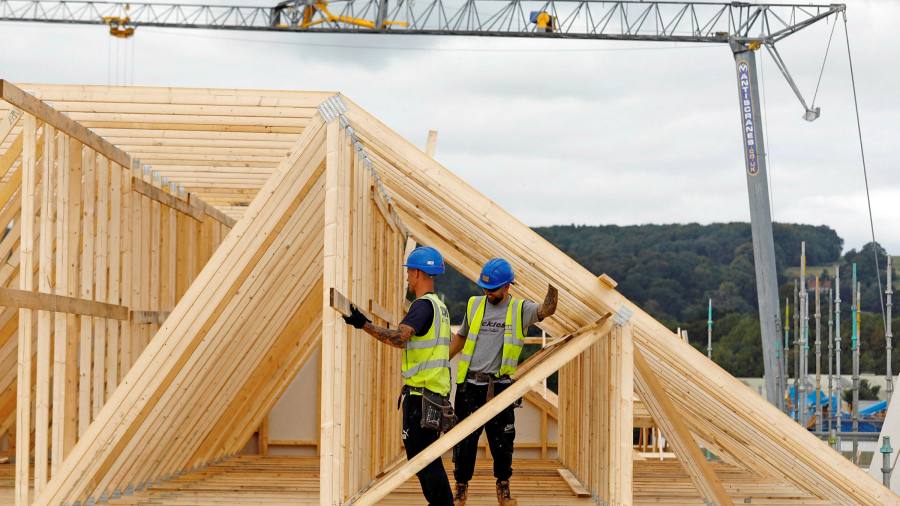 The UK economy hardly grew in October as supply chain disruption hit manufacturing and construction, while the expansion of the services sector slowed.

UK output rose just 0.1 per cent per between September and October, data from the Office for National Statistics showed on Friday.

This was below the 0.4 per cent forecast by economists polled by Reuters, and was a sharp decline from the 0.6 per cent expansion in the previous month.

“Taken as a whole, the dominant services sector reached its pre-pandemic level for the first time in twenty months,” he noted. However, he added that those gains were offset by a drop in activity in restaurants, which fell back after a strong summer, and reduced oil extraction and gas use.

Construction experienced its biggest drop since April last year, with notable falls in housebuilding and infrastructure, partly driven by shortages in raw materials.

Production output decreased by 0.6 per cent and construction fell by 1.8 per cent amid widespread supply chain disruptions and shortages of goods and workers.

Services output grew by 0.4 per cent in October, with the most significant contribution coming from health activities, mainly because of a continued rise in face-to-face appointments at GP surgeries in England.

Overall, the UK’s output was still 0.5 per cent below in February 2020, before the pandemic.

Alpesh Paleja, CBI Lead Economist, said that “growth disappointed in October, reinforcing concerns about the resilience of the UK’s economic recovery to the Omicron variant and the impact of further restrictions”.

This is the last data on UK GDP before the Bank of England’s interest rate decision next week. Economists expect the Bank to postpone a rate increase because of concerns about the spread of the Omicron variant of coronavirus.

Biden says military use 'not in cards' for Russian-Ukraine invasion