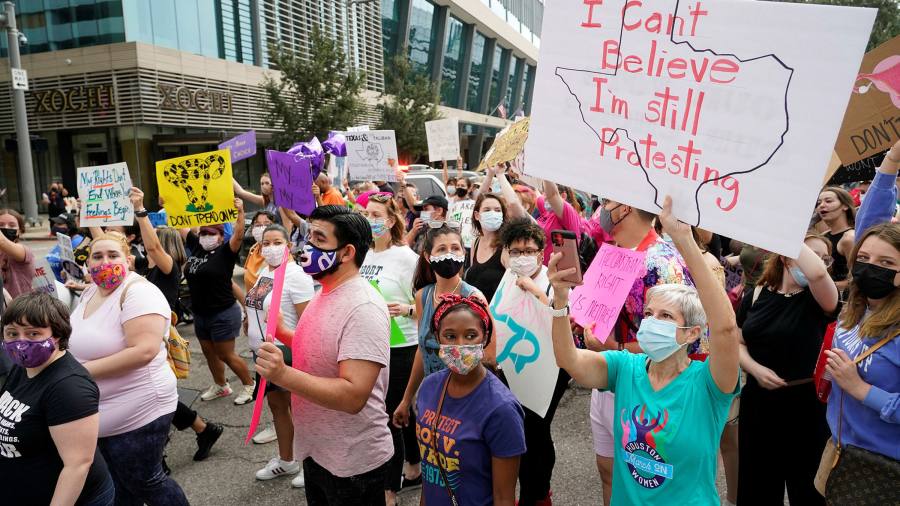 A US federal judge has ruled in favour of temporarily halting a new law passed by Texas that severely restricts access to abortions in the state, in the first blow to legislation considered extreme even by conservative standards.

The decision is an initial victory for the Biden administration, which has challenged the restrictive law amid fears that other states might introduce similar measures. It also fears an escalation of the campaign to undo Roe vs Wade, the 1973 Supreme Court decision that legalised abortion nationwide.

US district judge Robert Pitman on Wednesday ordered Texas to suspend the enforcement of the law, which outlaws abortion after roughly six weeks of pregnancy, before many women know they are pregnant, without exceptions for rape or incest.

The law allows individuals, rather than the state, to report people to authorities for helping women have abortions, and to potentially receive at least a $10,000 payment for doing so. Experts have described the structure of the law as an effort to sidestep Supreme Court decisions that prohibit states from outlawing abortions before the foetus reaches “viability”.

In his order, Pitman said: “Fully aware that depriving its citizens of this right by direct state action would be flagrantly unconstitutional, the state [Texas] contrived an unprecedented and transparent statutory scheme to do just that.”

The US Department of Justice last month sued Texas over the law, arguing it is “in open defiance of the Constitution” and “deputises all private citizens without any showing of personal connection or injury to serve as bounty hunters”.

Pitman last week heard arguments over the law in the western district court of Texas.

Earthquake in Pakistan kills at least 11 people, injures more than 200