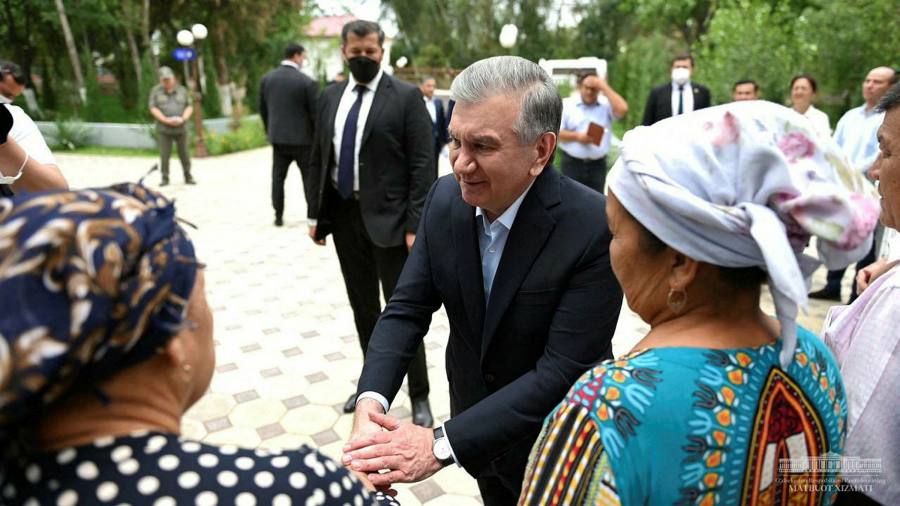 Uzbek government backs down after plan for constitution sparks protests

The government of Uzbekistan has dropped planned changes to its constitution and declared a one-month state of emergency after mass protests broke out at the weekend in the country’s largest region, which had been set to lose its autonomy under the reforms.

The demonstrations in the autonomous region of Karakalpakstan — which makes up 40 per cent of the country’s territory and has enjoyed a special status since 1991 — were the biggest in Uzbekistan since 2005.

Although the internet was eventually shut down during the unrest, unverified images posted by independent sources appeared to show thousands of people on the streets of Nukus, the capital of Karakalpakstan and one of Uzbekistan’s largest cities, and a number of casualties, following a harsh response by Uzbek police.

The protests will test President Shavkat Mirziyoyev’s pledge to maintain stability in the country, a leading producer of gold, cotton and hydrocarbons, while charting a course towards democracy since he came to power in 2016 following the death of his long-serving autocratic predecessor Islam Karimov.

The president has flown to Nukus twice over the weekend to address local people directly in an effort to calm the tension. He has also rolled back the plan to remove Karakalpakstan’s autonomy, his press service confirmed.

Public anger over the constitutional changes — which also call for a reset of Mirziyoyev’s presidency to zero, allowing him to stay in power after his second term ends in 2026, a measure that has not been rescinded — prompted the biggest demonstrations and harshest police crackdown in Uzbekistan since the 2005 massacre in Andijan. At that time, Uzbek security forces shot hundreds dead during protests over the trial of a number of local businesspeople.

Any crackdown on peaceful demonstrations would harm Uzbekistan’s international image as a state moving towards democratic values, analysts say.

“For all his talk of modernism and reformism, Mirziyoyev remains an autocratic leader in an undemocratic country where, much like [former president of Kazakhstan Nursultan] Nazarbayev and his own predecessor Karimov, he has to deal with regional clans,” said George Voloshin, a Paris-based analyst from the Aperio Intelligence consultancy.

The Uzbekistan protests come after the January unrest in neighbouring Kazakhstan, which also began with localised economically motivated discontent but rapidly spread across the country, becoming a broader anti-government movement. The protests were the deadliest in the country’s modern history.

Karakalpakstan’s protests risk spilling into other regions where anger over inequality and lack of investment compared with the capital Tashkent or cultural centres Bukhara and Samarqand is widespread, say analysts.

“This has been triggered in part by constitutional changes but also by poverty in that part of the country, which doesn’t feel it has gotten the investment it deserved,” said Simon Glancy, founder of Kazakhstan-based consultancy Strategic Solutions.

Despite its vast territory, Karakalpakstan is home to less than 2mn of Uzbekistan’s population of 35mn. Mainly desert or pasture land, it holds gold, silver and uranium resources that remain largely undeveloped because of the level of investment required to exploit them in the remote territory.