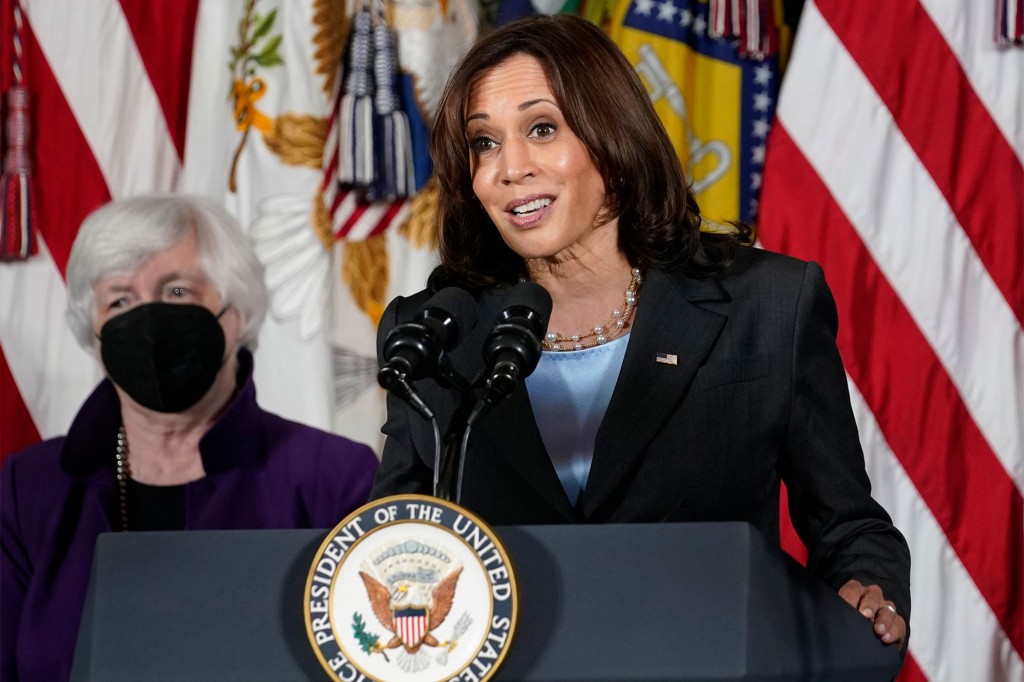 Where’s Kamala Harris and other commentary

From the right: Where’s Kamala?

With the southern-border crisis raging, the Taliban triumphant, Dr. Anthony Fauci canceling Christmas and Democrats warring over the $3.5 trillion social-welfare package, “Vice President Kamala Harris is MIA,” announces The Washington Times’ Kelly Sadler. “Harris has been keeping a low public profile,” even as her “several high-profile tasks” scream for her attention. But after her numerous “self-inflicted messes” and awkward gaffes, “her team’s strategy seems to be to keep her out of the limelight” and let President Biden be the face on “the multiple crises his administration is facing.” It’s working: This month, “Harris’ poll numbers bested the president for the first time since taking office.”

From the left: Perilous Politicization on Pharma

TK News’ Matt Taibbi has doubts about just how miraculous Merck’s new COVID-treatment pill, molnupiravir, will prove — but also fears “this drug’s release may have been delayed by six months or more, after it became collateral damage last year to yet another idiotic Trump/anti-Trump culture war drama.” Trump officials wanted to fast-track approval last year, but a disgruntled Obama appointee claimed it was a bid to promote a “potentially harmful” drug for unspecified parties’ personal gain — and “was immediately hailed as a hero by the press.” “60 Minutes” even gave him a segment to push his assertions. The Trump officials had to drop their fast-track push — and one says the delay may have cost “tens of thousands of lives.”

American Federation of Teachers head Randi Weingarten tweeted Monday about a woman who changed her kids’ school, cheering a parent who “chooses” to drive her children to a mask-mandate school. But the AFT boss plainly didn’t realize that the new one is a private school, observes Reason’s Eric Boehm. Weingarten is “100 percent right about the merits of letting parents choose” their kids’ school. Yet normally, she’s no “fan of giving parents more control over their children’s education” and has instead “compared school choice advocates to segregationists.” What “hypocrisy”: By her logic, school choice for masks is “praiseworthy,” but wanting “greater school choice so your kids can get a better education” is “racist.”

“When prosecutors won’t prosecute, what can cops do?” asks Thomas Hogan at City Journal. “Chesa Boudin in San Francisco, Marilyn Mosby in Baltimore and a growing cast of others won’t prosecute crimes,” with Chicago’s Kim Foxx failing to charge even in a 7-year-old’s murder and “a deadly gang shootout.” And the press is falling down: “Philadelphia police would love to use the media to attack progressive district attorney Larry Krasner, who has presided over a soaring murder rate,” but The Philadelphia Inquirer “has endorsed Krasner twice.” Cops’ “more depressing option” is “simply to stop policing,” and the “nuclear option is simply to quit”: “Increasingly, police seem to be doing just that.” The “big losers” will be urbanites, “who will be left with no police, a non-prosecuting prosecutor and more dead children.”

Conservative: COVID Is the New 9/11

Just as after 9/11, “the message of COVID is to give up more freedom for safety, trust the government and treat your neighbors as potential threats,” fumes Peter Van Buren at The American Conservative. “What started as ‘two weeks to flatten the curve’ metastasized into 18 months of lockdowns, masks mandates and now vax passports.” Americans “are still somewhat free to move around” but “our society — work, education, shopping, entertainment, socialization — has been fundamentally changed by decree.” And: “Those who ask to see the science behind decrees (why 50 percent at bars, not 63 percent or 41?) are shunned and mocked.” Throughout, “the flow has all been one direction, more control and less liberty. If the threat is so obvious, why has this needed to be so coercive?”